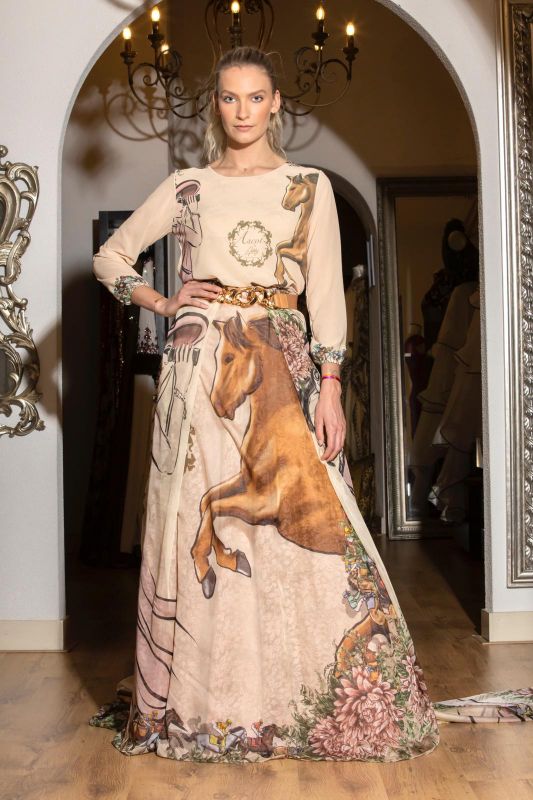 Addy van den Krommenacker will launch his new collection ‘Amazon by Addy’ at The Dutch Masters. The collection is inspired by the equestrian sport and the famous Ascot races.

Addy’s new collection adds a romantic touch to the intriguing equestrian world. He designed a number of prints with his favourite horses. Addy shows a glamourous rider, who keeps her elegance during her most sportive moment. Addy’s collection is made of his favourite materials such as chiffon silk, organza and shantung.

The ‘Amazon by Addy’ ready to wear line consists of blouses, dresses, pleated skirts, sportive jackets and shawls. Addy thinks it is a challenge to produce a collection that is available to all in addition to his couture collection.

The show will take place on Saturday 14 March at 5.30 pm in the Paddock and will be opened by Britt Dekker. Addy designed a special dress for her with her famous horse George.