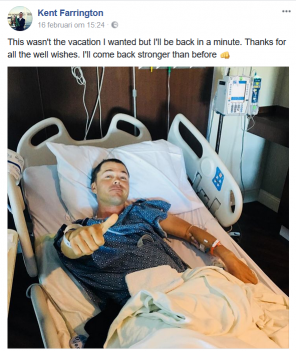 Original release: The world’s number 1, Kent Farrington, fractured his leg after a fall from Lucifer V at the Winter Equestrian Festival in Wellington, Florida.The accident happened during a 1.30m class. Lucifer V is owned by Jenn Gates, daughter of Bill Gates.

He was immediately transported to the Wellington Regional Medical Center where he underwent surgery. It went extremely well and his prognosis is very good. We hope he will be able to attend The Dutch Masters-Indoor Brabant to continue his cycle for the Rolex Grand Slam title.