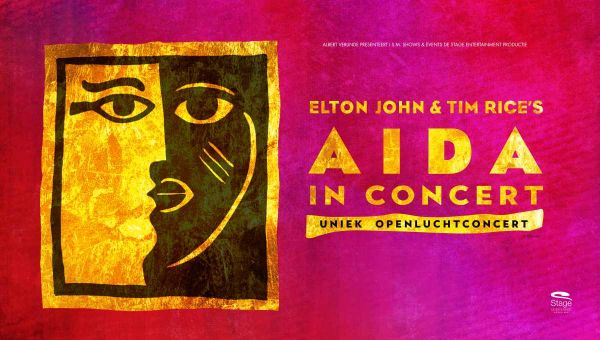 The public will have a small preview of the ‘Aida in Concert’ on Thursday evening after the FEI Dressage World CupTM Grand Prix presented by RS2 Dressage.

This unique musical concert presented by Stage Entertainment of Albert Verlinde will only be staged six times from 20 till 30 June at the festival site of the Autotron in Rosmalen. It offers the fantastic music of Elton John with a cast of only musical stars and a 14 member orchestra. A unforgettable experience.

The story
Aida takes place in Egypt at the time of the pharaos, when they are in war with neighbouring Nubia. During a expedition in enemy territory the Egyptian army captain Radames takes a group of women prisoner, among them is the beautiful Aida. And although it is not allowed, it happens anyway: Aida and Radames fall in love.