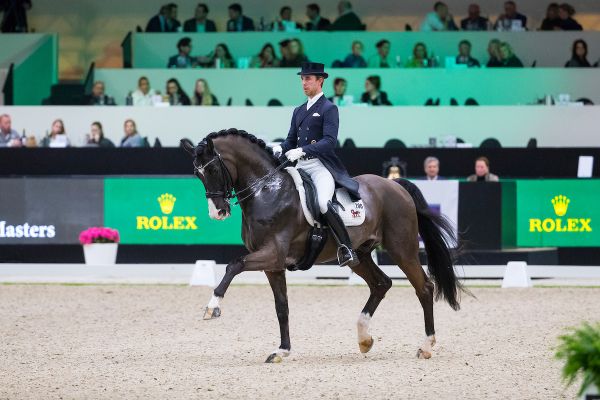 The German dressage riders will come to The Dutch Masters at full strength. The top four of the FEI Dressage World Cup standings, Jessica von Bredow-Werndl, Benjamin Werndl, Helen Langehanenberg and Frederic Wandres will travel to the Brabanthallen. Of course, the German ‘queen of dressage’, Isabell Werth, will complete this illustrious line-up.

The four Germans will not compete in Gothenburg, so the competition during The Dutch Masters will decide who will go to the final in Las Vegas in April. Only three riders per country are allowed into the final. Title defender Isabell Werth is automatically qualified for the final and Jessica von Bredow-Werndl is quite sure of a place in the final. There is only a small difference in points between the other three riders after Neumünster. Benjamin Werndl, brother of Jessica has 65 points, Langehanenberg 64 and Wandres 61. It will be an exciting battle. Who will take the third spot?

A few weeks ago the start of British top riders Charlotte Dujardin, Carl Hester and Charlotte Fry was already announced. This line-up, inclusive the top Dutch riders, guarantees competition at the highest level. The FEI Dressage World Cup Grand Prix presented by RS2 Dressage will be staged on Thursday 12 March at 5 pm and the FEI Dressage World Cup Freestyle on Saturday at 2.30 pm.