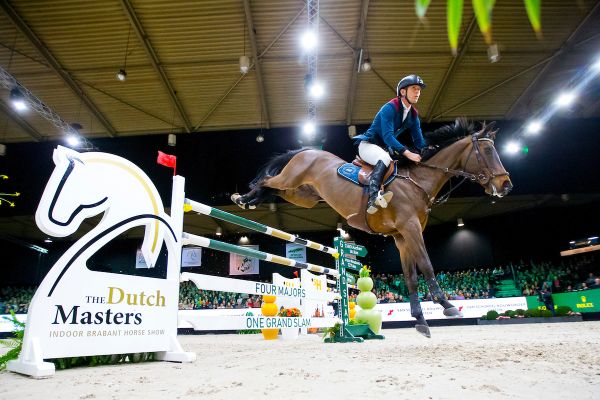 17 out of top 25 world ranking in ’s-Hertogenbosch

For many top riders it is the first time they can measure their forces at the highest level. The Dutch Masters, one of the four majors of the prestigious Rolex Grand Slam of Show Jumping, is the first 5* event in the Netherlands since a long time. Many big names of the equestrian sport have confirmed their participation. Everybody is looking forward to again perform at top level.

Belgium is participating with all its top riders: Niels Bruynseels, who won the Rolex Grand Prix of The Dutch Masters in 2018 and Jos Verlooy, who won the individual bronze medal at the 2019 European Championships. In addition Pieter Devos, the world’s number 6, Jérôme Guery and Olivier Philippaerts will travel to the Brabanthallen in ’s-Hertogenbosch.

France is represented by Rolex testimonee Kevin Staut, the popular Roger-Yves Bost and Simon Delestre and Germany by, among others Christian Ahlmann, Marcus Ehning and Philipp Weishaupt. The very successful eventer Michael Jung, who won individual eventing gold at the Olympic Games in 2012 and 2016 and gold at the World Championships Eventing in 2010, will start for Germany.

Britain’s Scott Brash, the only rider to date to win the Rolex Grand Slam title, will come together with the 20-year-old Jack Whitaker, son of Michael Whitaker.

The world’s number 1, Steve Guerdat, will take his chances as well as the world’s number 2, Martin Fuchs. Fuchs won the Rolex Grand Prix at CHI Geneva in December 2019. The number four of the rankings, Sweden’s Peder Fredericson will also try to take a victory.

The Netherlands is sending 10 riders, among them top athletes Jeroen Dubbeldam, Harrie Smolders, Leopold van Asten and Eric and Maikel van der Vleuten. The Dutch jumping riders are preparing themselves at different shows in Europe to prepare for The Dutch Masters. National coach Rob Ehrens mentioned that events like The Dutch Masters are important for the riders to prepare them and their horses for the most important sports event of the year, the Olympic Games.

The full line-up can be found here.