Verdi TN says farewell to the sport at TDM 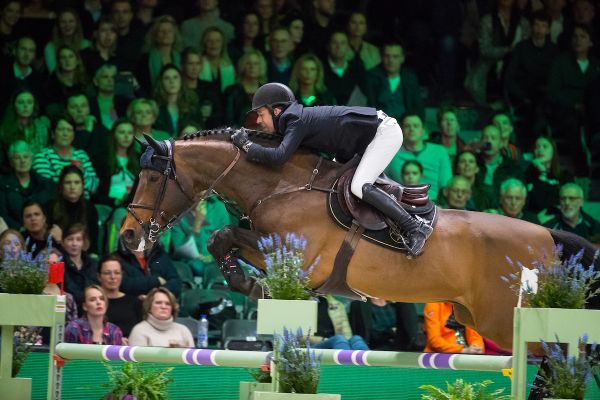 The top horse of Maikel van der Vleuten, Verdi TN, will say farewell to the international sport during The Dutch Masters. The farewell ceremony for the 18-year-old KWPN approved stallion will take place on Sunday March 15 before the start of the Rolex Grand Prix. The stallion has been ridden by Maikel for 15 years and they competed at the highest international level for 10 years. “I think at an age of 18 years it’s time for a well-deserved retirement from the top sport,” said Maikel. Verdi will continue his successful career as a breeding stallion.

Verdi (Quidam de Revel x Landgraf I, breeder: Denis en Petra Musterd) has had a fantastique sporting career. Together with Maikel he competed at two Olympic Games, in London in 2012 (silver team medal) and 2016 and two World Championships, 2008 (Young Horses) and in 2014 when they won team gold. The combination won team gold at the 2015 European Championships and they were a member of the Dutch team at the EC’s in 2011 and 2013. They reached the world cup final five times the won team gold at the Nations Cup Final in 2014. In addition they won multiple Grands Prix, among others in Salzburg, Lyon, Lummen, Madrid, Doha and Verona.

Verdi is also very successful as a breeding stallion. Many of his offspring jump internationally at the highest level and several of his sons are approved stallions too.