The world's top three at The Dutch Masters 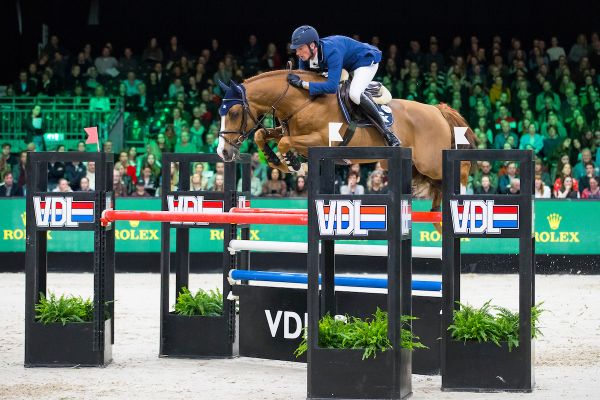 Last week European Champion and Rolex Grand Prix iof Geneva, Martin Fuchs, announced to travel to the Brabanthallen to compete at The Dutch Masters. This week other top riders confirmed their pariticpation, among them the world''s number one and Rolex Testimonee, Steve Guerdat and the number three, Daniel Deusser. This means that the top three of the FEI World Ranking List will compete in 's-Hertogenbosch.

The Olympic Champion of 2012 (London) and threefold world cup winner Steve Guerdat like to come to Brabant. To date he won twoo Rolex Grands Prix, of which the very first major of the Rolex Grand Slam of Show Jumping in Geneva in 2013 was one of them.

38-year-old Daniel Deusser has a solid third position on the world rankings since August. He also competed in ‘s-Hertogenbosch for the first time in 2009 and he won the Rolex Grand Prix in 2015 with Cornet d’Amour. The German, who is based in Belgium, likes to come to Brabant: “The Dutch Masters has developed into a top event since the first time I was here. In addition to the enormously increased prizemoney, the event has gained even more charm and quality.” Deusser can choose from many top horses, but he will certainly bring Jasmien vd Bisschop for the Rolex Grand Prix. One of his goals this year is, in addition to the Olympic Games, winning a major of the Rolex Grand Slam.