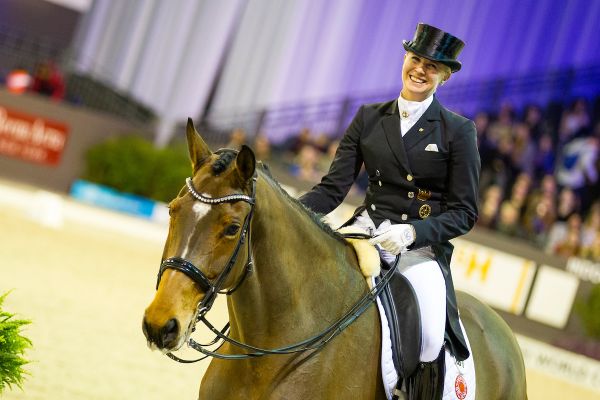 Going third from last in the 15-strong field, von Bredow-Werndl landed a big score of 89.640 with the 13-year-old mare TSF Dalera BB with which she collected team gold at the FEI World Equestrian Games™ 2018 in Tryon, USA and both team gold and individual Freestyle bronze at last summer’s FEI European Championships in Rotterdam (NED).

And although Werth and the 14-year-old Emilio gave it their best shot, their final tally of 88.450 was only good enough for runner-up spot ahead of compatriots Helen Langehanenberg and Damsey FRH in third while von Bredow-Werndl’s brother, Benjamin Werndl, slotted into fourth when last to go with Famoso OLD.

There are two further legs of the league yet to run, at Gothenburg (SWE) next weekend and ’s-Hertogenbosch (NED) on 14 March where von Bredow-Werndl will compete her other top ride, Zaire.