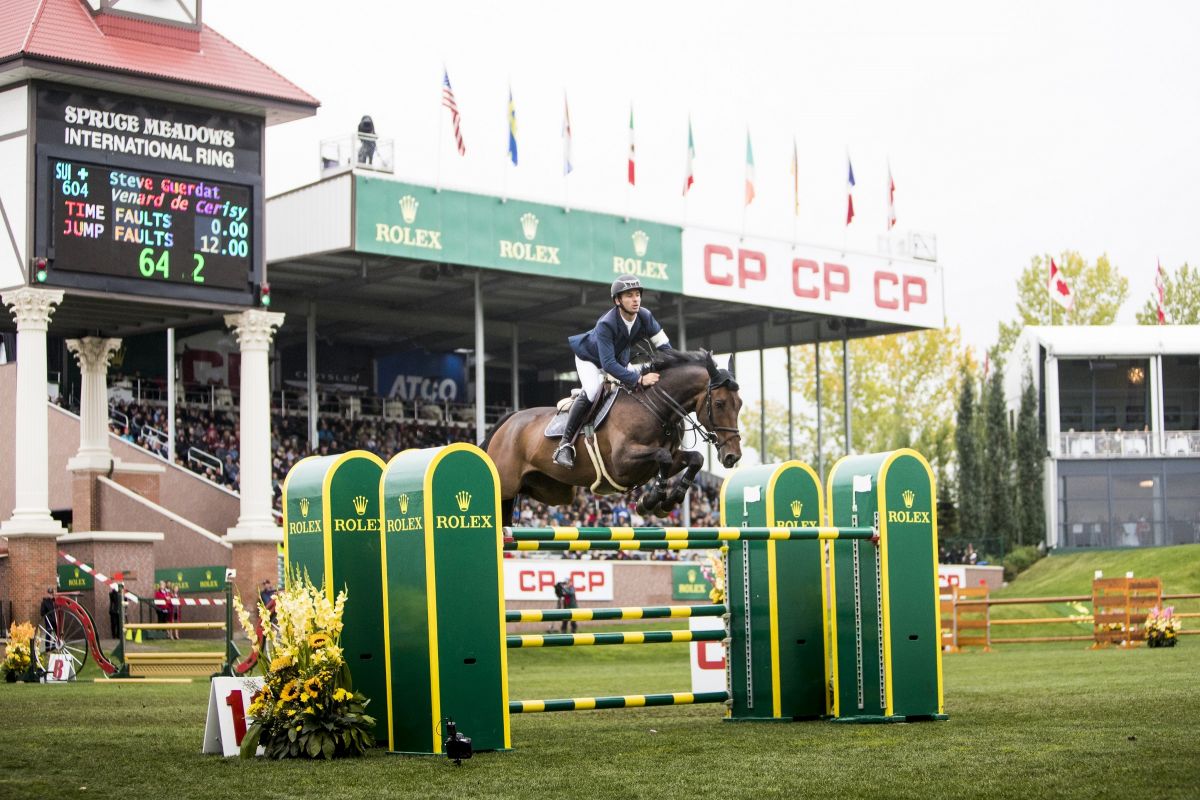 The prestigious showgrounds of Spruce Meadows in Canada will once again welcome the world’s top horse and rider combinations for the CP ‘International’, presented by Rolex. The esteemed 5* competition, which forms part of the Rolex Grand Slam of Show Jumping, will take place on Sunday 12 September 2021, providing a spectacular finale to the five-day CSIO Spruce Meadows ‘Masters’ Tournament.

Staged in the foothills of Alberta’s Rocky Mountains, the event is widely regarded as the leading equestrian event in North America. Rolex’s affiliation with Spruce Meadows dates back to 1989 and is part of its long-standing support for the sport. For more than six decades, the brand has forged close relationships with elite international events and athletes who share its commitment to perpetual excellence.

Launched in 2013, the Rolex Grand Slam of Show Jumping is the most coveted prize in equestrianism, rewarding the rider who wins the Grand Prix at three of the four Majors in succession. To date, Scotland’s Scott Brash is the only competitor to achieve the feat, having done so in 2014–2015 with Hello Sanctos.

To aspire to the Rolex Grand Slam of Show Jumping requires a unique harmony between horse and rider, a special bond crafted over years with infinite patience, care and expertise, much like Rolex’s approach to watchmaking. Once trust and communication have been established, a pairing can push the boundaries and confront all obstacles placed before them. The bar is almost impossibly high, which is why only the finest riders keep rising to it.

The CP ‘International’, presented by Rolex, is the Grand Slam’s second Grand Prix of 2021. Max Kühner will head to the CSIO Spruce Meadows ‘Masters’ Tournament as the Rolex Grand Slam live contender following his victory at The Dutch Masters in April.

Rolex Testimonees challenging for the Rolex Grand Prix
As the winner of the Rolex Grand Prix at CHI Geneva in 2019, World No. 3 and recent European Championship team gold and individual silver medallist, Martin Fuchs travels to Canada with the opportunity to claim a bonus for winning two of the past four Rolex Grand Slam events. He will be joined by compatriot and fellow Rolex Testimonee Steve Guerdat, who will be looking to add this title to his long list of honours, which includes individual gold at the London 2012 Olympic Games and Rolex Grand Prix victories at CHI Geneva and CHI Royal Windsor Horse Show.

The Swiss riders will be challenged by several other Rolex Testimonees.

Scott Brash, the current World No. 4, is a two-time Grand Prix winner at this venue, including in 2015 when he completed the Rolex Grand Slam of Show Jumping. He will return full of confidence following excellent recent results, including a victory in the Netherlands on the eve of the Tokyo 2020 Olympic Games, where he finished equal seventh in the individual jumping competition.

Canada’s Eric Lamaze will also be seeking his third Grand Prix title, at an event where he has enjoyed so much success and Kent Farrington will join his fellow Rolex Testimonees in taking on the testing course designed by Leopoldo Palacios. Farrington heads to the CSIO Spruce Meadows ‘Masters’ in top form following a successful week at the CSI Spruce Meadows ‘National’, culminating in victory in the RBC Grand Prix of Canada, presented by Rolex with his exceptional 15-year-old mare, Gazelle.