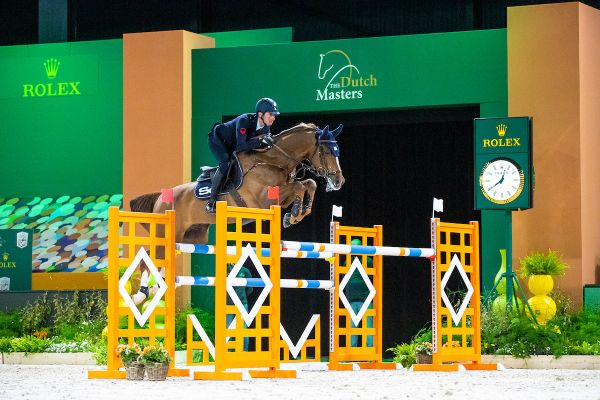 Lorenzo De Luca opened the second day of The Dutch Masters with a victory in the Agradi Prize with the 12-year-old Westphalian gelding Amarit D'Amour. Nine combinations managed to get through to the jump-off and it remained exciting until the end. Harrie Smolders was in the lead for a while but it was De Luca who, as the last starter, finally managed to set the best time. "I am happy with this victory. Amarit is a very positive horse and he is ready to perform at 4* and 5* level this season. He is definitely one to keep an eye on." Lorenzo is also happy to be riding at high level again. "Congratulations to the organisation. It's great to be here again, at a 5* show. All riders have been looking forward to this moment and the Rolex Grand Prix on Sunday afternoon promises to be very exciting."

Harrie Smolders had to settle for second place with the eight-year-old stallion Nixon van 't Meulenhof (BWP). Third place was also for a Dutch combination, Johnny Pals and Excentriek (KWPN).