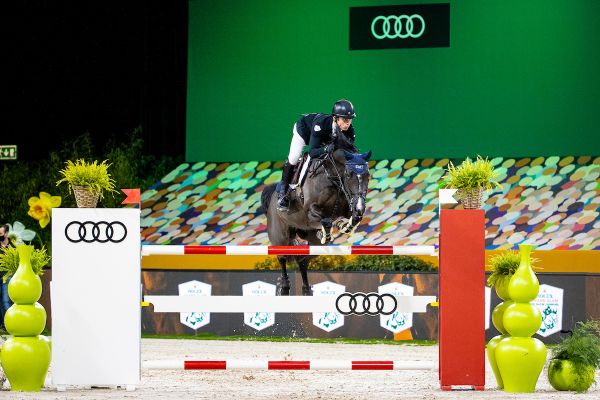 The youngest participant at The Dutch Masters, the British Jack Whitaker, managed to leave several established top riders such as Kent Farrington, Steve Guerdat, Scott Brash and Kevin Staut behind him in the Audi Prize on Saturday evening. Thanks to a super fast ride with the Hanoverian mare Scenletha, the 19-year-old son of Michael Whitaker received the top prize of €10,000. "I had a good look at Scott Brash but didn't think I would be any faster," he said. In any case, this victory tastes like more. "I hope to be here again tomorrow," he said in the TV interview afterwards. Jack is a participant in the Young Riders Academy programme. "I also want to thank them for all the support and opportunities they give me," he said.