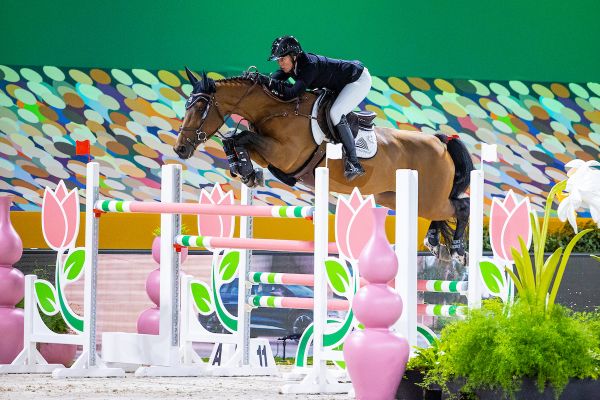 Belgian rider Gudrun Patteet was the first lady rider to win during The Dutch Masters. She won the Borek Prize with the BWP mare Sea Coast Monalisa van 't Paradijs. "I knew I had to ride really fast because Christian Ahlmann was leading and he is fast! I hadn't seen his round so didn't know exactly how he did it, but in the end I was over two seconds faster." Patteet sees a bright future for Sea Coast Monalisa who was born at her neighbours: "Monalisa definitely has potential to do big things."

German Christian Ahlmann came second with the nine-year-old mare Calvino 16 (Holst) and Dutch Kim Emmen, who has been performing well throughout the event, came third with Warriors Glory (AES).