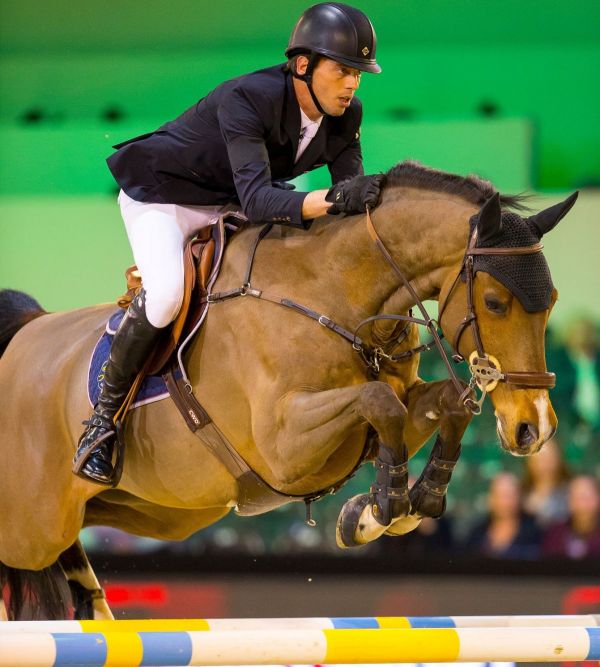 The world's best show jumping riders had already signed up for the cancelled edition in March, for the edition in April the organisation can again count on a top field of participants. No less than the best 19 riders from the top 25 of the world ranking list (number 240/March 2021) will be present in the Brabanthallen in 's-Hertogenbosch from 23 to 25 April.

The entire top 5 will be at the start led by the number 1 and 2, the Swiss Steve Guerdat and Martin Fuchs. Fuchs was to continue his cycle for the Rolex Grand Slam of Show Jumping at The Dutch Masters in 2020, but it was not to be. He won the Rolex Grand Prix in Geneva in 2019. Now he returns and is highly motivated to win. "Obviously the biggest goal for 2021 is the Olympic Games in Tokyo. That is my number one target, I dream about getting a medal at the Olympic Games. Another main focus for me is the Rolex Grand Slam, especially for me, as I’m currently the Live Contender for the Rolex Grand Slam of Show Jumping. In any normal year, the four Majors are the most important shows, but being the Live Contender gives an extra edge to it.” He does not prepare specially for The Dutch Masters: "I try to approach these important events like any other. I always try to win when I start Clooney. Although it does cross my mind every now and then that this could be a really big achievement to win two in a row."
The top five is completed by German Daniel Deusser, reigning European Champion Peder Fredericson from Sweden and Belgian Pieter Devos.

The Netherlands comes with a delegation of 10 including Jeroen Dubbeldam, Leopold van Asten and Harrie Smolders. Smolders has just returned from two months in America where he performed well in Wellington, Florida. "We are in need of competitions at 5* level. Chapeau to the organisers who have spared no effort to find a solution together with their partners, such as Rolex, who have always stood behind the event." Smolders' horses have been back in the Netherlands since last weekend. "It will be no problem for them to go back indoors. The horses have so much experience and certainly Monaco feels at home in the Brabanthallen. I therefore want to start him in the Rolex Grand Prix next weekend."